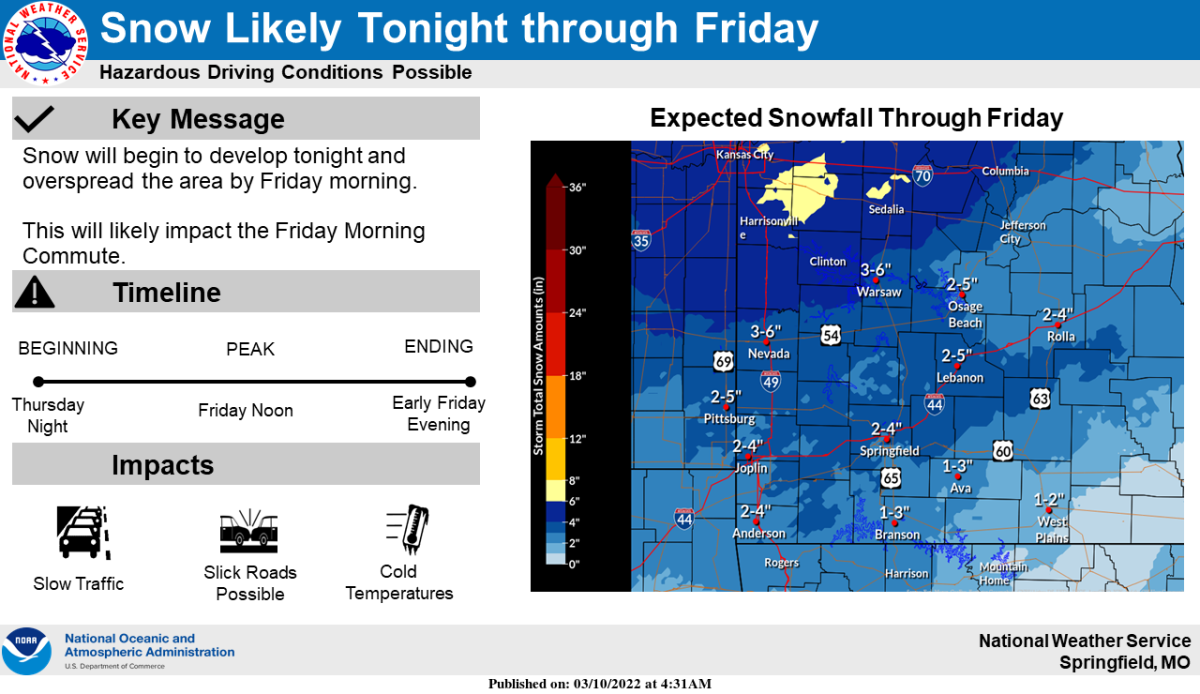 Winter Weather Advisory Friday for Much of the Ozarks

A Winter Weather Advisory is in effect for much of southwest Missouri starting at 3:00 a.m. Friday and going until 6:00 p.m. Friday evening.

The National Weather Service says snow will begin Thursday night, generally after 6:00 p.m. north of Highway 54 and spread south through the overnight hours.

Snow will begin along the I-44 corridor after 3:00 a.m. Friday, and this will affect the Friday morning commute.

The snow is expected to end by Friday evening, if not before.

A widespread one to four inches of snow is possible with this system, with localized amounts of five inches possible north of Highway 54.

Amounts taper off farther south, with one to three inches along the Missouri/Arkansas border and one to two inches around West Plains.

Forecasters expect minor impacts on the roads, especially during the Friday morning commute.

There will be worse impacts northwest of our region, closer to Kansas City, where a Winter Storm Warning has been issued.