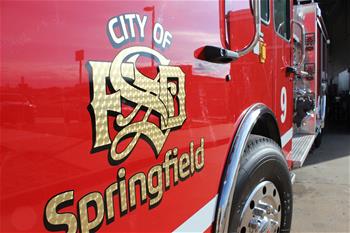 Authorities Grapple with Fire in Springfield, No Injuries Reported

According to reports, units with SFD were called to an unrelated medical emergency when they drove by a home on North Grant Avenue that had smoke and flames coming out of it.

Units radioed in to Emergency Communications for additional units to be sent.

A total of 10 units and 29 firefighters responded to contain the damage at approximately 7:12 a.m. at the 1500 block of North Grant.

First responders reported flames coming from the first and second stories of the house. There were no occupants inside the home as it was boarded up.

Fire marshals are investigating the fire, and say the house will be turn down for safety purposes.