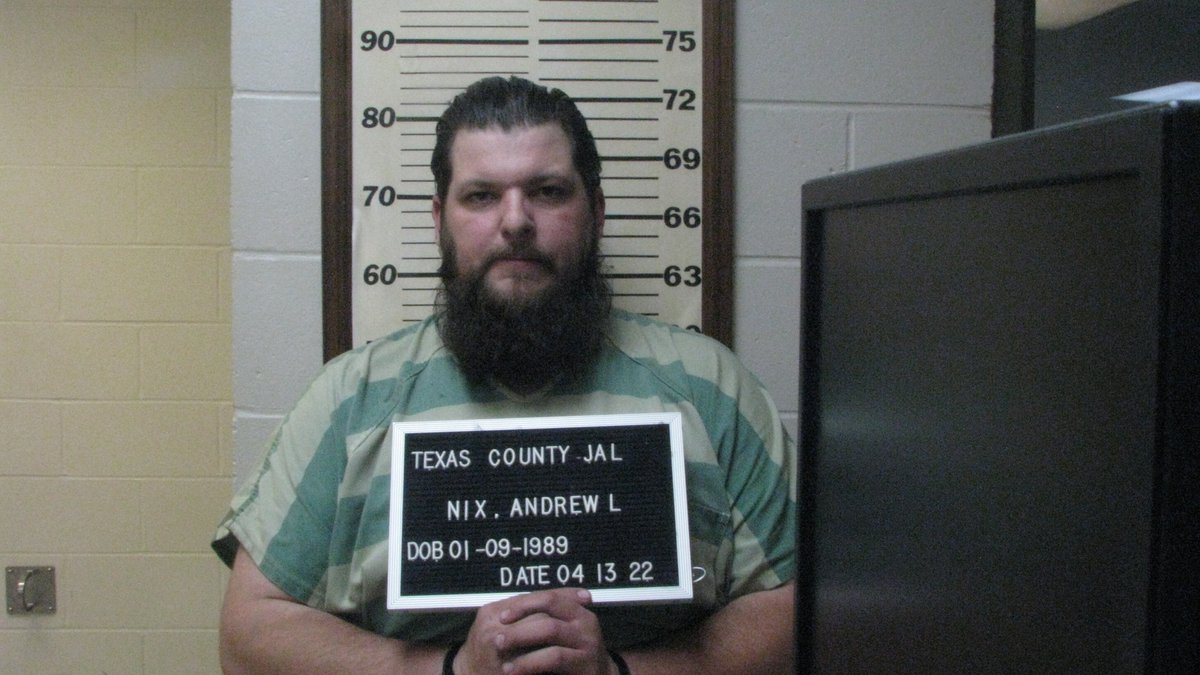 33-year-old Andrew Nix stands accused of two counts of statutory sodomy after a report of sexual assault of a child was given to police. An investigation on April 12th found Nix inappropriately touched a child on multiple occasion, and then paid the child not to tell anyone.

Nix has an extensive criminal history, and has been found of sex crimes in the past that list him as a registered sex offender. He most recently spent two years on parole on two separate convictions.

He is being held on the Texas County Jail on a $1 million bond.