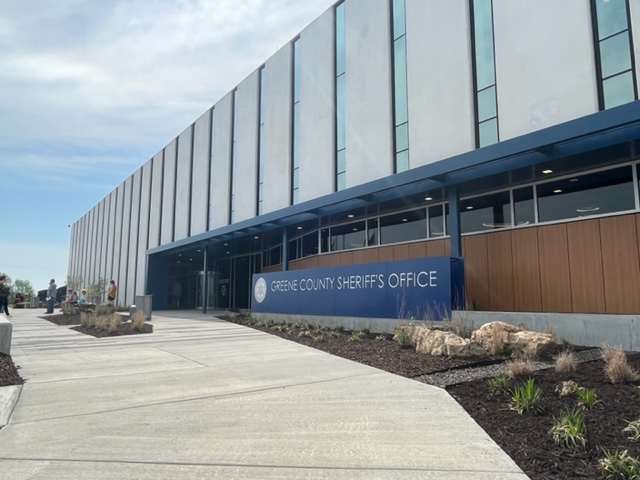 On Friday, the Greene County Sheriff’s Office unveiled their new office and jail in a cornerstone ceremony at the jail’s site.

The grand procession was performed by The Sons of the American Revolution and the Masonic Lodges of Greene County.

Dr. Ty Treutelaar, the Grand Master of the Grand Lodge of Missouri, honored the site during the dedication of the cornerstone.

Following the ceremony, self-guided tours of the facility were available to the public to see the new office and jail, which will allow all Greene County Sheriff’s employees to work under the same roof for the first time in over 40 years.

The jail also greatly expends the capacity, and can house over 1,200 inmates. Multiple officers expressed excitement at the opportunity for growth of the jail with the large amount of land surrounding the facility.

Attached below the article is a gallery of photos taken during and after the cornerstone ceremony.