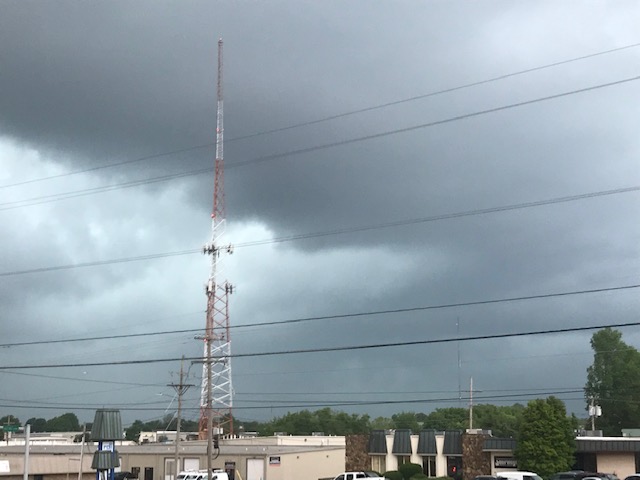 6:45 p.m. UPDATE: The National Weather Service has issued a Severe Thunderstorm Warning for southeastern Laclede County until 7:30 p.m. The storm is moving southwest at 10 p.m. and may produce 60 mile per hour winds and quarter size hail as it passes through Competition, Twin Bridges and Falcon.

6:39 p.m. UPDATE: The Severe Thunderstorm Warning for south central Taney County will be allowed to expire at 6:45 p.m. The storm has weakened below severe limits and has moved out of the warned area.

6:22 p.m. UPDATE: The National Weather Service has issued a Severe Thunderstorm Warning for central Taney County until 6:45 p.m. 60 mile per hour winds and quarter size hail are possible along Bull Shoals Lake. We’ve had additional reports of quarter size hail in the Powersite area off Highway 76.

6:15 p.m. UPDATE: The Severe Thunderstorm Warning for northwestern Douglas and northeastern Christian Counties is cancelled. The storm that prompted the warning has weakened below severe limits. The Webster County warning had previously been cancelled as the storm moved out of that county.

6:09 p.m. UPDATE: The National Weather Service has issued a Severe Thunderstorm Warning for southeastern Laclede until 6:45 p.m. 60 mile per hour wind gusts and half dollar size hail are possible.

Severe thunderstorms have popped up Saturday afternoon in the southern and eastern Ozarks, with additional rounds of severe weather expected on Sunday.

We’ve had repots from law enforcement of a tree down at Highway 95 and Highway N near Rockbridge in Ozark County, along with reports of quarter size hail just east of Branson, pea to nickel size hail in Noble, and quarter size hail on Highway B in northern Douglas County

Quarter size hail was reported halfway between Ava and Mansfield just after 4:30 p.m.

At 5:24 p.m., we had reports of half dollar size hail four miles north of Ava, and we also have reports coming in of a tree down south of the Douglas/Wright County line along Highway K.

60 mile per hour winds and large hail are the biggest threats for Saturday afternoon’s storms, which may continue into the early evening hours.

For Sunday, forecasters say much of the Ozarks in in a Level 3 “enhanced” risk for severe weather from Sunday morning into the evening.

Large Hail greater than quarter size, damaging wins up to 70 miles per hour, and a low-end risk for a tornado are possible with Sunday’s storms.

Localized flooding will be possible Sunday morning into the evening, but widespread flooding is not expected. Rainfall amounts could reach one inch.

93-3 A-M 560 KWTO will keep you up to date with the latest watches and warnings.