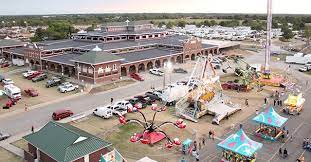 Just a day after announcing his retirement, Missouri State Foundation Executive Director Brent Dunn revealed he is accepting a new job with a different foundation.

Dunn has been in his current role since 2007, but announced Monday that he will be leaving the position on August 1st of next year.

With his retirement now impending, Dunn announced this morning on the Sports Reporters with Ned Reynolds and Tom Ladd, that he is accepting a similar job with a different company.

During the interview on our sister station, ESPN the Jock, he revealed he will begin working for the Missouri State Fair Foundation after his departure from MSU is final.

Dunn says his new job will entail helping bring more guests and entertainment to the state fair, including raising money for better facilities, and even expanding the fairgrounds current plot of land.