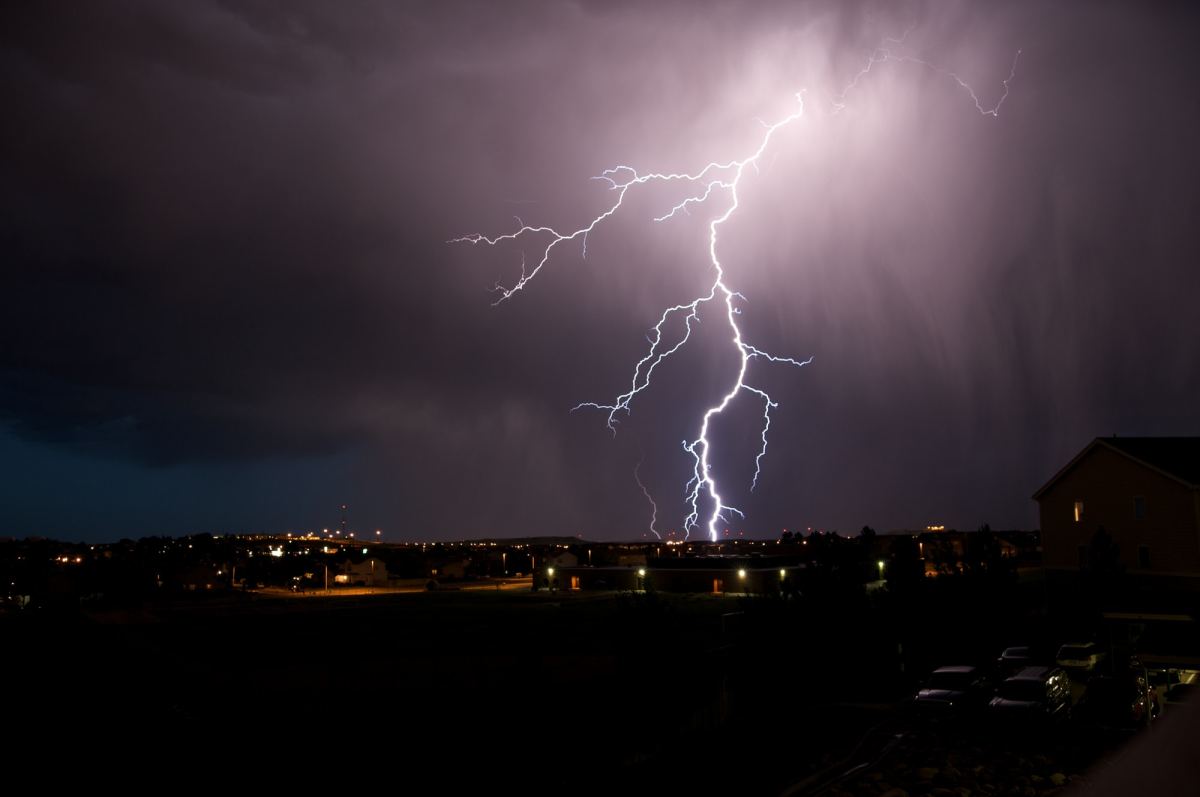 Flooding the Biggest Issue From Overnight Storms in the Ozarks

5:01 A.M. UPDATE: A Flood Warning is in effect until 5:00 p.m. Saturday for St. Clair and Vernon Counties. Doppler radar indicates heavy rain due to thunderstorms, with flooding ongoing or expected to begin shortly. Between 2 and 3 inches of rain have fallen in the Clear Creek headwaters and over the Dry Wood Creek and Little Dry Wood Creek basins. Some locations that will experience flooding include Nevada, Sheldon, Walker, Montevallo, Bronaugh, Moundville, Milo and Deerfield.

4:21 A.M. UPDATE: Local law enforcement reported excessive rainfall has led to flash flooding near the intersection of Fairview Avenue and Shamrock Lane on the southwest side of Carthage. Between 2-3 inches of rain has fallen, with flash flooding already occurring. At 3:33 a.m. Saturday, law enforcement reported flooding in Joplin near Blackcat Road and the Belle Center, we well as Blackcat and Cinder Lane. The Murphy Boulevard low water bridge near the Murphy Boulevard and north Main intersection has been closed due to flowing water over the bridge.

UPDATE: The National Weather Service has cancelled a Severe Thunderstorm Watch that had been in effect for the Springfield metro area and much of southwest Missouri until 6 a.m. Saturday. Heavy rain and some small hail are possible with storms moving across the Ozarks Saturday morning, but most will not be severe.

A Flash Flood Warning is in effect until 8:30 a.m. Saturday for Jasper and northwestern Newton Counties. At 2:30 a.m., between 1 and 2 inches of rain have fallen in the Joplin, Carthage, Webb City and Carl Junction areas, with additional amounts up to one inch possible. Turn around, don’t drown when encountering flooded roadways, as many flood deaths occur in vehicles.

Strong to severe thunderstorms are possible, with increased chances of strong winds and large hail. The report from NWS says the chances of tornados are low, but not zero.

The highest chance of storms is predicted between midnight and 4 a.m. Saturday morning.

Areas with higher risk include counties to the west of I-49 and north of I-44, including eastern Kansas and southwestern Missouri, specifically areas to the west of Greene County.

Chances of rain and isolated thunderstorms will continue through the morning hours Saturday, ending at around 8 a.m.