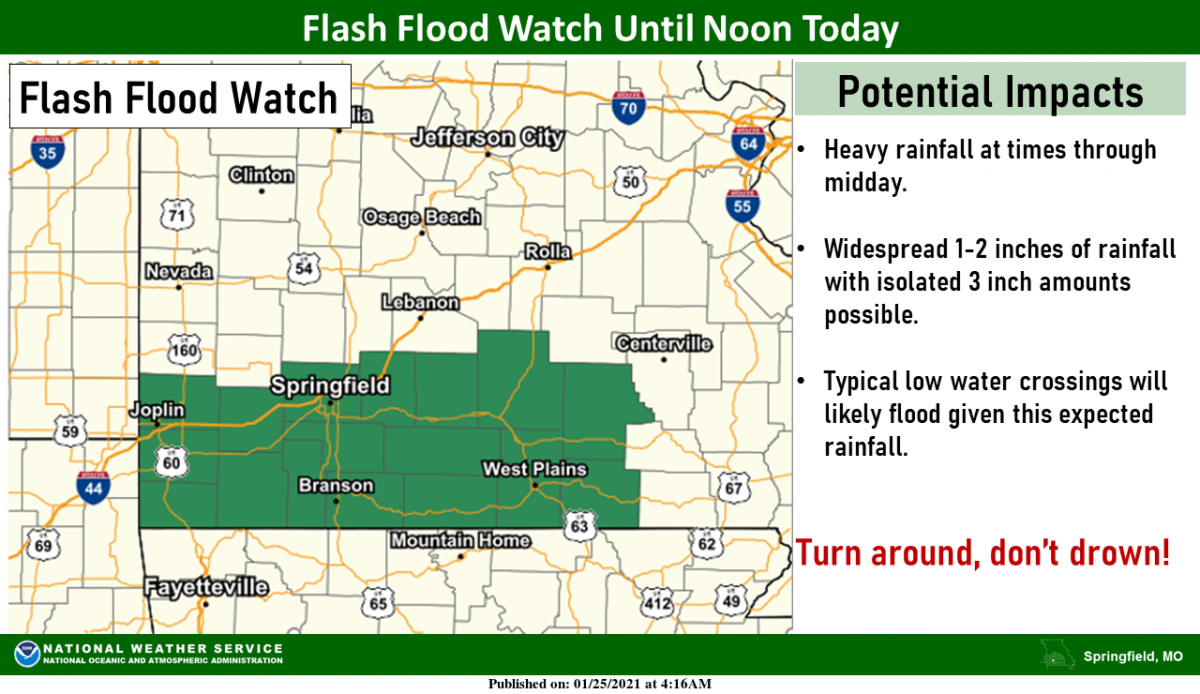 Flash Flooding in the Ozarks

Heavy rain has led to flooding in parts of the Ozarks Monday morning.

We’ve had reports of more than three inches of rain falling in Ava, with street flooding and Prairie Creek out of its bank at the city park by the pool.

Get statewide road closures due to flooding here with the MoDOT Traveler Information Map.

A flash flood warning is in effect until 10:45 a.m. Monday for eastern Christian, Webster, Douglas, Wright and southern Laclede Counties.

One to two inches of rain has fallen in these areas, with another one inch possible for the rain winds down by late morning.